Preparing to make its Ibiza debut, Defected’s Afro-house imprint Sondela will this summer bring its unmistakable sound to the White Isle for a two-month residency at infamous Playa D’en Bossa beach club Bora Bora. Kicking off 4th July, label heads Sef Kombo and Louie Dunmore will deliver a line-up of Afro-electronic all-stars set to soundtrack Monday nights at one of the island’s most popular hotspots.

Making a statement with its first Ibiza residency, the London-born label will bring its unique blend of uplifting and rich percussive sounds along with a fresh weekly line up of the scene’s key players including long-time friend of the label Kitty Amor. Known for championing emerging artists as well as established names, party-goers can expect to immerse themselves in the sonically captivating and soulful energy that Sondela never fails to deliver. 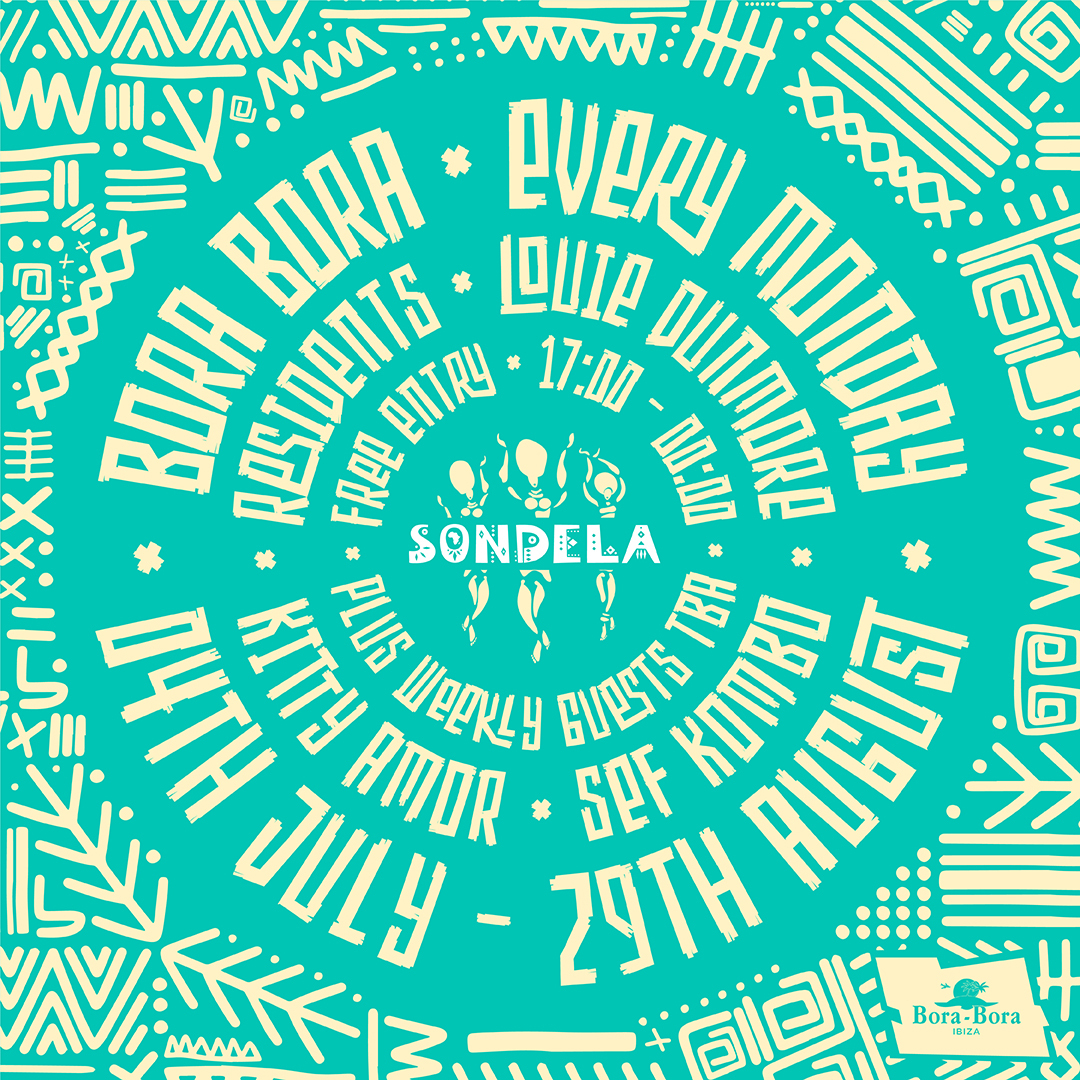 Following a year of powering sold-out dancefloors at London’s Ministry of Sound, Croatia and San Antonio's superclub Eden, Bora Bora will now provide the ultimate beach backdrop, adding to the label’s ever-expanding repertoire of events. Free for islanders to attend and with special guests announced weekly, Monday nights on the island will be dedicated to Afro-house excellence.