A pioneering force across dance music’s soulful sounds, Bob Jones, affectionately known as DJ DrBob Jones is one of the scene’s key players - having been at the forefront of the UK’s late-70s rise in soul and jazz-funk. Inspired by Jones’ extraordinary contribution to house music, Defected Records will host a fundraiser on Saturday 18th June in support of Jones’ recent cancer diagnosis. Hosted at the label’s Shoreditch HQ, the ticketed event led by founder Simon Dunmore will raise funds towards Jones’ ongoing treatment and feature star DJs across the house spectrum.

For over 50 years, Jones has played an integral role in introducing jazz to dance floors all over the globe, recognising and celebrating the genre’s deep-rooted foundations within Black culture. His ongoing mission to spread the sound far and wide has been recognised globally, resulting in records produced for the likes of Al Green, The Temptations and Bobby Womack to name a few. One of the world’s leading authorities on Black music, his authenticity and expertise has landed him gigs at Channel 4 and BBC 2, as well as sold out stages both locally and worldwide. His award-winning club night and radio show The Surgery not only garnered a cult following of soul fans but became a regular platform for listeners to immerse themselves in the uplifting and joyous sounds of the genre. 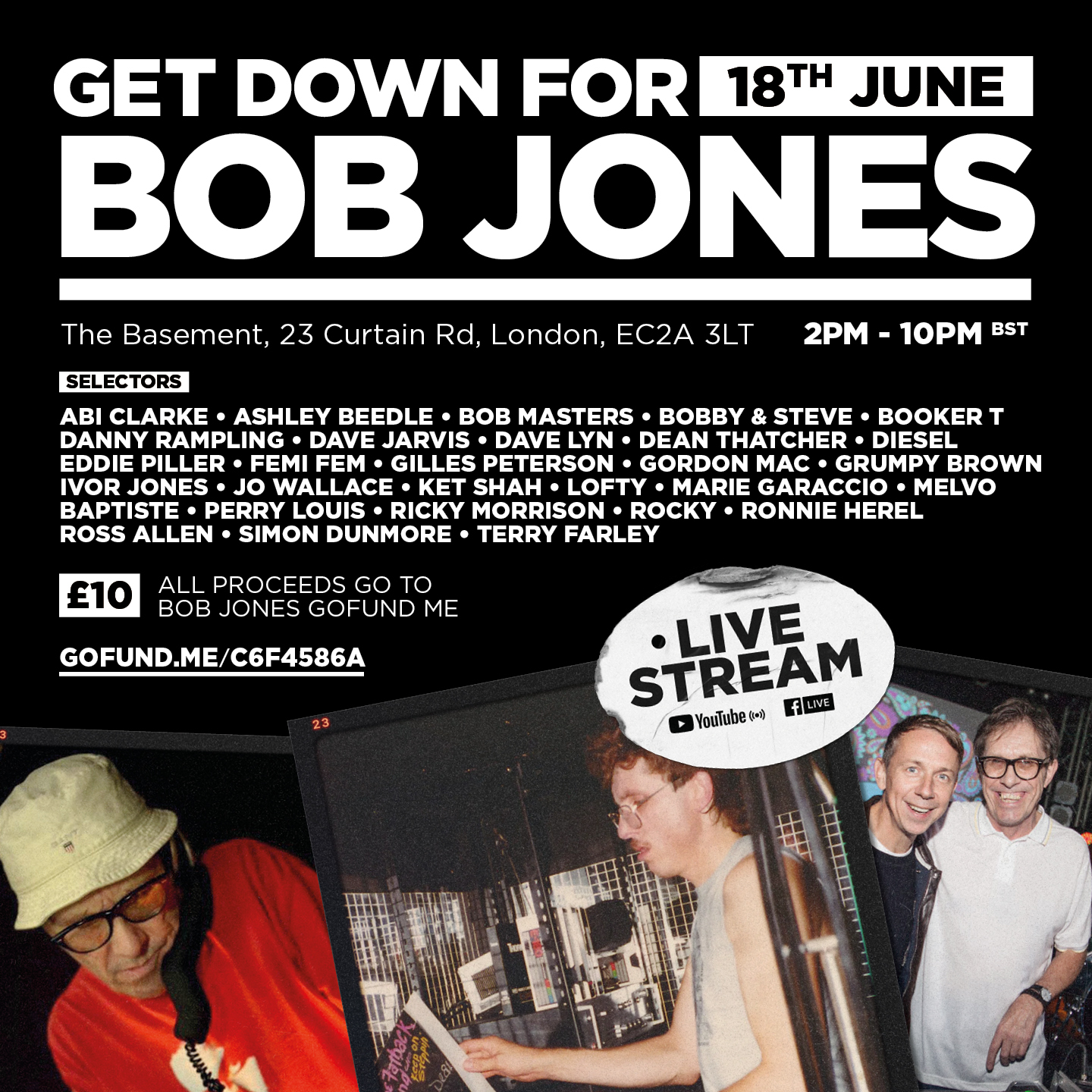 Join us in honouring Bob Jones this Saturday 18th June, 2-10pm at Defected HQ, 23 Curtain Rd, EC2A 3LT. Tickets start from £10 and are available here - all proceeds will go towards supporting Jones’ ongoing treatment and recovery.