Defected are proud to announce the relaunch of the Faith fanzine, in collaboration with its creators Terry Farley, Stuart Patterson and Dave Jarvis. A free fanzine for those into music, fashion and culture, Faith existed as a print mag for seven years from 1999 (a vintage year by all accounts), gathering a fierce cult following and spawning a notorious online forum that set “the agenda for the next decade of the Internet.” In their own words, Faith followers are “an assortment of people who revolve around music, dance floors, fashion and culture. Smiley not Snidey!” Across 24 print issues between 1999-2012, cover stars came in the form of Frankie Knuckles, Dennis Ferrer, DJ Harvey, Kerri Chandler, Joe Claussell, Derrick Carter and many more. In full solidarity, Defected will work with Farley, Patterson and Jarvis to resurrect the print mag while digitising all editions past, present and future – as well as expanding into a podcast series led by Patterson, plus merch and maybe even a few parties on the horizon. Work is under way on the first issue, which is due in late summer 2020, with more info incoming very soon. 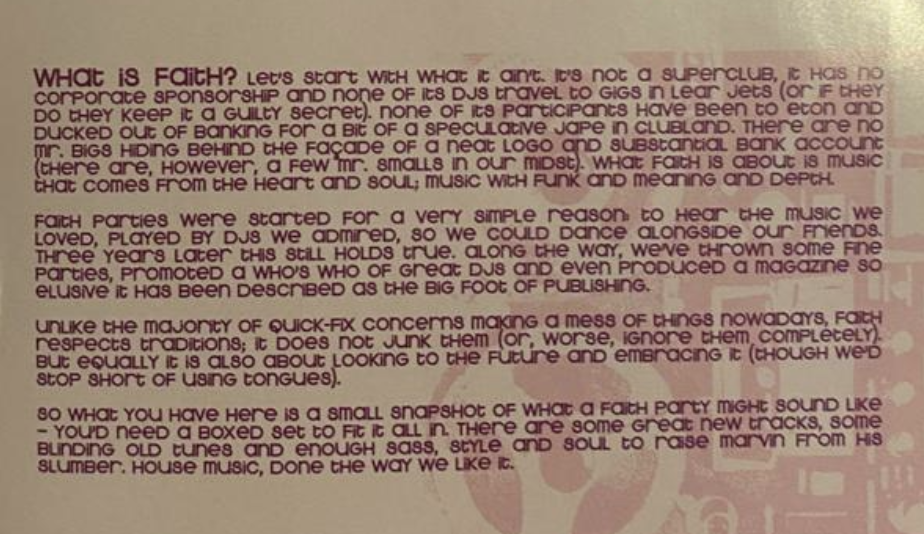 Faith's mission statement, featured in the first issue in 1999

After celebrating 20 years of Faith in September 2019 with a party at The Cause in London, Farley felt it was time for a comeback, saying “the love and energy of that night made us think we still had a lot to offer and to say”. Feeling musically and culturally in synch with Defected and Classic Music Company, Faith will benefit from having an agile team of media creatives and fellow house heads from the labels on hand to usher in a brand new chapter. The mag will still be free, still be keeping the faith, and putting the house nation to rights one issue at a time. 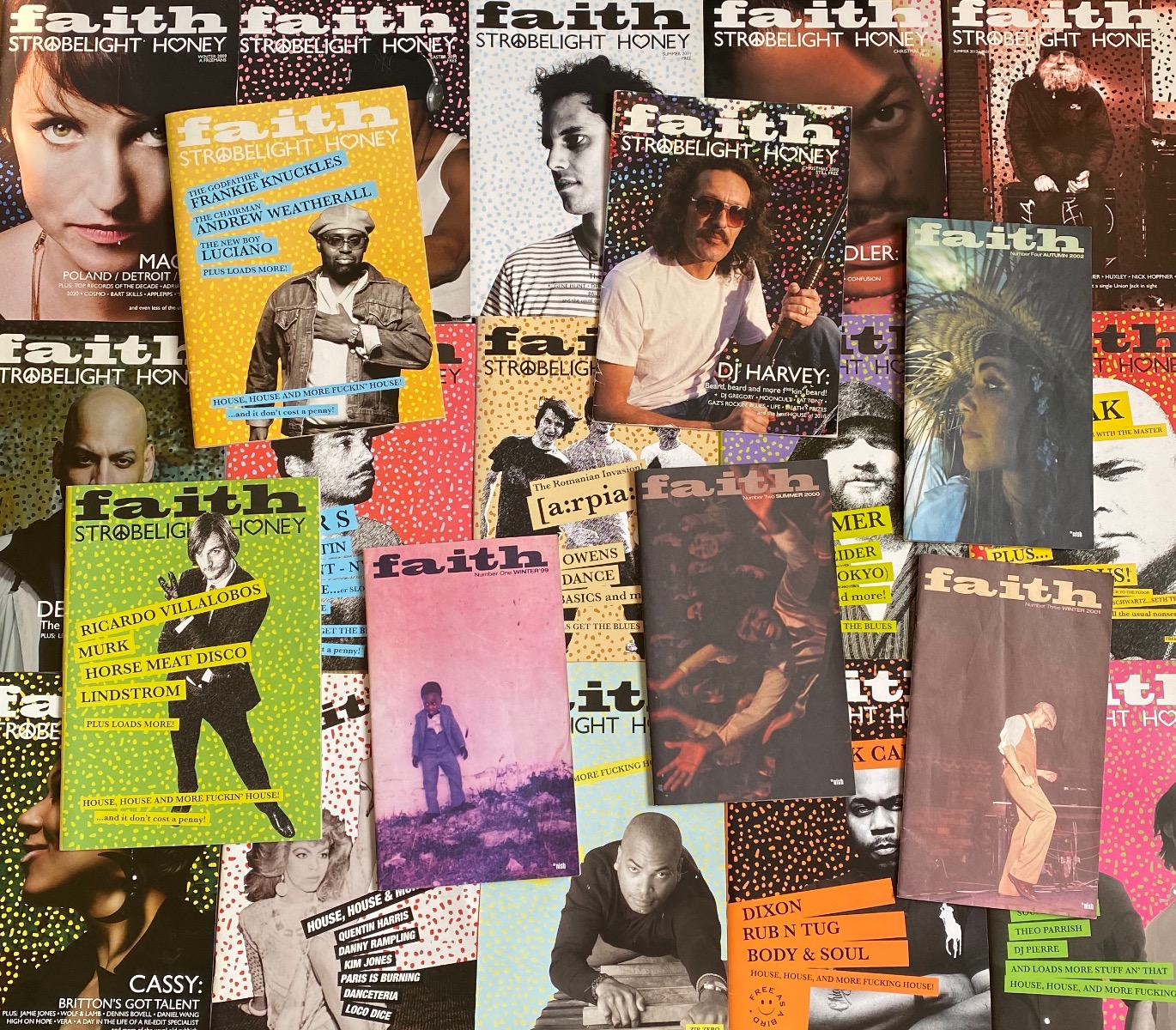 The decision to restore Faith is all about passing the baton, says Farley: “Without roots a tree dies and if you can educate different generations on the foundations and roots of what we do, what we all are, then it’s a role worth having. This thing of ours goes back way back – back before any of us were clubbing and every DJ, every club whether that's in New york or Newcastle leaves a legacy – it’s great to be able to give praise to that legacy.”

The Winter edition of Faith can be ordered HERE along with exclusive Faith clothing on the D-Store.