News
Sondela makes its party debut at Ministry of Sound

Since its launch earlier this year, Sondela has swiftly become one of the capital’s leading Afro house outputs, championing emerging artists as well as established names known for dominating the scene. Beyond Sondela’s aims of curating live events and exposing the genre to new audiences, all proceeds from the imprint go to South African organisation Bridges For Music, a non-profit using music as a catalyst for positive change.

Set to deliver an array of Afro house talent, Defected are excited to announce the line-up for Sondela’s upcoming debut at Ministry of Sound. Known for powering the dance floor with their impressive Afro sound, playing on the night will be Sondela’s very own Sef Kombo and Louie Dunmore, alongside Kitty Amor, DJeff, Melé, Vanco, Badbox and Kid Fonque. With one more very special guest set to be announced, we can’t wait to showcase the very best of what Sondela has to offer. 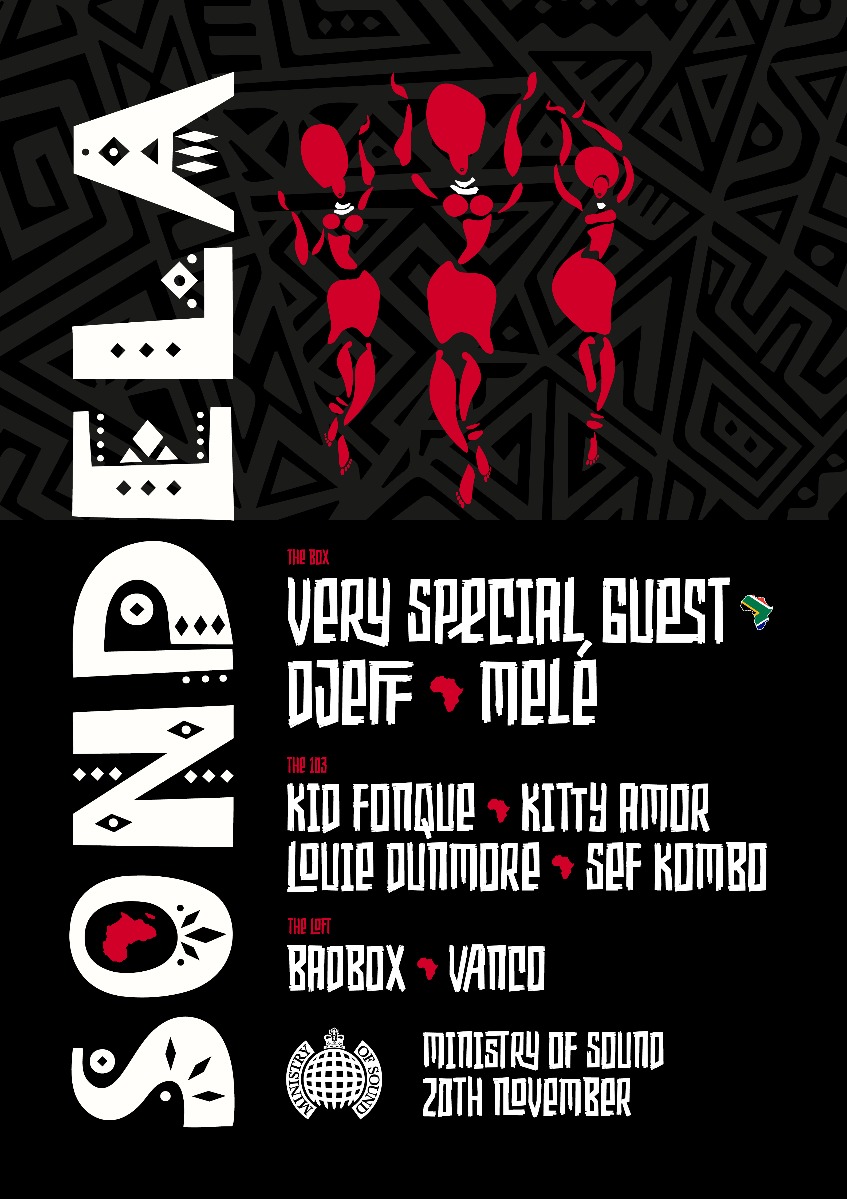