Defected Ben Lovett chats to Tim Deluxe about his upcoming studio album, The Radicle, falling out of love with the clubbing lifestyle and why it's sometimes impossible to separate the past from the present.

London DJ-producer Tim Deluxe lands another exciting entry on his CV but it’s not perhaps what you were expecting.  And that’s a good thing, for him and us.  Deluxe – real name Tim Liken – started out in the early Nineties, moving on from record store jobs and a well-exploited spot as CJ Mackintosh’s substitute at Ministry of Sound to co-founding ground-breaking (literally) UK garage label Ice Cream and, on that same label, releasing Double 99’s 1997 bass beast ‘RIP Groove’.

Deluxe flags a gig in Australia seven or eight years ago, where at the heady height of his clubland fame he passed out behind the decks tired and drunk, as the catalyst for drastic career change.  He promptly walked out on the dance music lifestyle, turning vegan and embracing marathon running.  Musically speaking, Deluxe immersed himself in old jazz records, studied jazz and blues theory, and learnt the piano.  His reconnection with music through instrumentation, and own reinvention as musician, brings us smartly to The Radicle, a new, nine-track adventure collecting some of the finest contemporary jazz talent in its dazzling, soulfully assured demonstration of pure, largely electronics-free groove.

Deluxe’s exciting new ‘anti-club’ album is due on Strictly Rhythm next month and he’s here now to tell us all about it.

It’s been a while since you turned your back on the jet-setting club lifestyle – how do you feel now?

Really good thanks.  I’ve been touring Europe playing keys for Roots Manuva at festivals like Pukkelpop in Belgium and Lowlands in the Netherlands.  It’s been a great experience playing as part of a band.  Otherwise, I’m living a normal life watering the plants and tidying the house.  I’m also pursuing art.  I’ve designed the cards for inside the new CD for example.

What was going through your mind back then as you cut out the clubbing, the partying and DJing?

I’d fallen out of love with music and the reasons why I was doing it.  It was around 2008-2009.  When I left school I went straight to record shops and the music pulled me in.  During those former years, I was constantly trying to ‘make it’.  Life was so busy.  Ice Cream and ‘It Just Won’t Do’ felt like success; at the same time, though, I felt like I was constantly on a hamster wheel.  I wasn’t happy personally.  I was struggling in my own skin...in my mind and body.  I needed to cut loose. 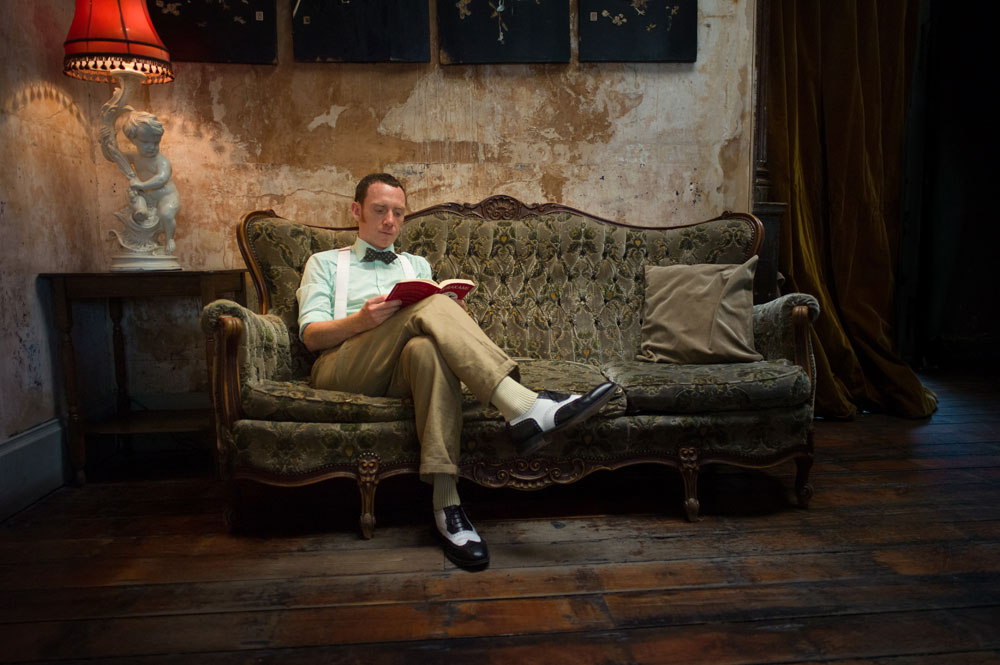 I stayed completely out of the music.  Then I started running and cutting out my bad diet, all of which shifted my outlook completely.  I also spent my weekends travelling around with Arsenal, a team I’ve supported since I was a kid.  It was good fun.  All the time, I was thinking about what I might do beyond DJing.  I considered university; I considered leaving music for good.  But then I decided I wanted to learn music properly.  I started having piano lessons with [teacher] Cherry Muckle, whilst listening to old jazz records.  I was drawn to their composition.  I learned about scales, modes and tuning...how modes represent different planets and cosmic values.  It was a positive, powerful experience; I really started to get under the bonnet of what music is and can be.

And, then, along came The Radicle....

There was a moment about two years ago where I was looking at some of my early sketches following my change of direction and thinking about how I might bring them together in a relevant way.  I was also thinking about how to bring these experiences together with what I already knew as a producer.  Joining those dots was inspiring.  I had the seeds and fragments of ideas, so it was really just about how they came together.

I recorded a few demos and went through loads of sounds in my sample library to see if those sketches would work or not.  As they developed, I got a number of fantastic jazz musicians – people like Ben Hazleton, a good friend of mine, John Donaldson and Jim Mullen – to replay them and add their colour.  The main recording of the album actually took place in two days at Fraser T Smith’s [Grammy-winning producer] studio in Fulham.  Those recording sessions were really intense and amazing.  We used vintage mics and 2-inch tape machines to enhance the authenticity.  We were really jamming....

How much is The Radicle a reaction against the ‘electronic world’?

Approaching albums today as a listener I find that people are using electronic instruments and tools that they haven’t properly mastered.  The Radicle is a reaction against the rise of EDM.  All of those records sound the same because the artists are using the same software, loop packs and synths, and without fully understanding them...they blur into one big mush.  These days, our scene is geared around artists valuing fame first and the music second.  I can’t hear the human....

Your album, of course, does still utilise the frameworks of dance music.  And new single ‘Feelings’ includes your club remix in homage to Ice Cream.  Discuss....

That older DJ side of me is mentally there on the record, yes, in certain spheres.  That was the trickiest part of the project actually, finding the balance between DJ and musician.  At first, my ideas sounded like a full-on jazz band.  I shared a couple of sketches with a friend, who’s an aspiring musician, and he said that I’d gone too far.  He told me to put my DJ hat back on...that it would be wise to use that as well.  I kept questioning myself after that – ‘how do I get this to sound like me?’  Eventually the project evolved and it felt like I’d found the sweet spot between band and DJ. 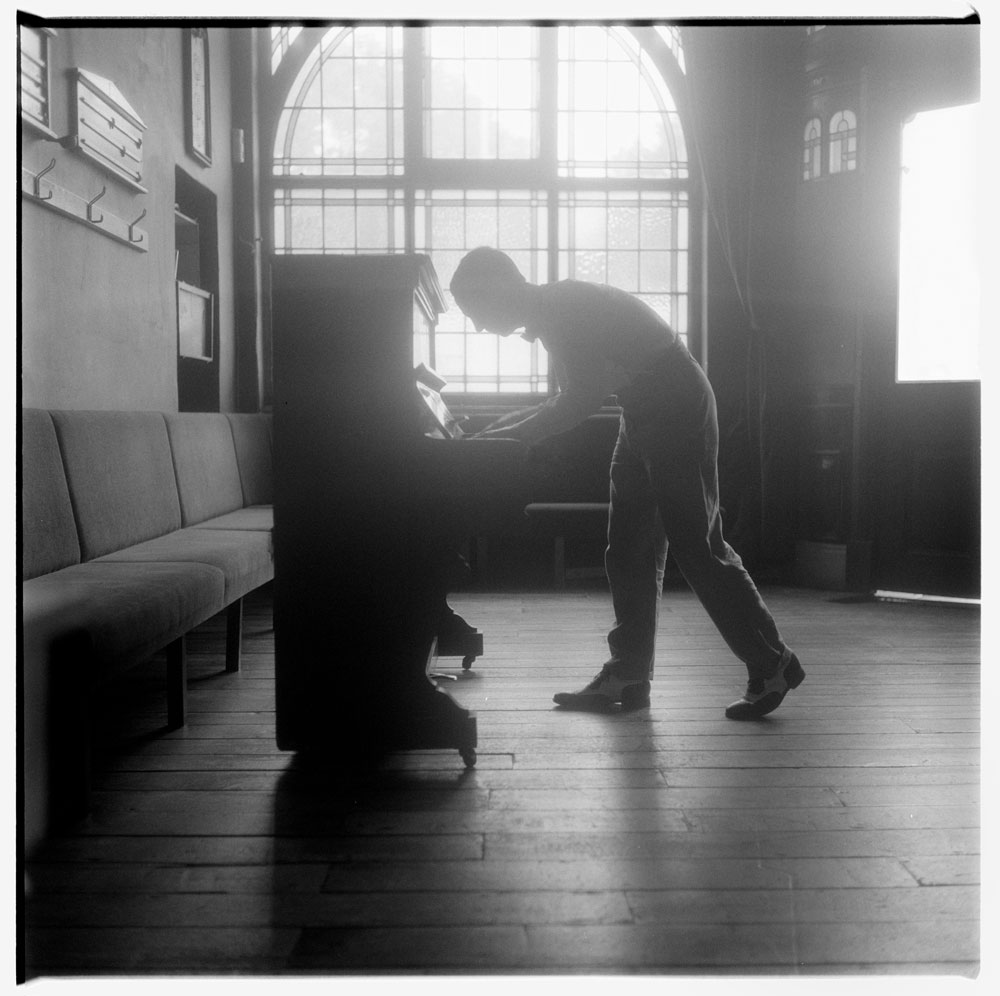 Surely you’re going to take The Radicle on tour?

That’s the ambition.  It’s been a lot of fun playing with Rodney [Smith, AKA Roots Manuva]; a great learning curve.  Between now and next year I’d like to get a band together and rehearsed.  The aim is for a mix of concerts and key DJ shows.  I think I’m in a unique position to be able to mould together my DJ experience with the concept of a show.  I’m really excited by the idea of rocking The Radicle out live.

How exactly do you feel these days about your past with Double 99, Sam Obernik and the rest?

It’s annoying sometimes when it’s mentioned, particularly considering where I am now.  But it’s all been part of my evolution and, at the end of day, I am proud of my past.  In some senses, I can’t actually separate those days from The Radicle.  They’re part of my growth into this project.  It’s poignant, too, that the album is 20 years on from Ice Cream.  All of it connects.

Are you nervous about how The Radicle will be received?

This is me being honest with myself.  It’s not another throwaway artist album.  The Radicle has some different ideas, some great musicians on board and some really conscious, powerful lyrics.  It’s me doing what I want to do and that, really, is enough.  You should listen to the words on the album’s opening cut, ‘JAS’ [see below].  For me, that opening statement says it all.  It could have been my entire interview with you!