The latest issue of Faith fanzine has been unveiled and is available to pre-order, featuring a host of H.O.U.S.E all stars and must-know names to inform its dedicated readers on everything club culture. Ibiza kingpin and globally renowned DJ Carl Cox is this issue’s cover star. Speaking to Faith’s Terry Farley and Andy Thomas, the legendary artist dives deep; covering everything from his parents’ musical influence, breaking through on the UK Acid scene, M25 raves, his move from hardcore to house and techno, and advice for his 18-year-old self.

“Back in the day, we never had social media, smartphones, I remember going to parties, not knowing who I’m going to meet, what house I’m going to end up in … you’d go out on a Friday, you come back on Sunday, and you’d have the best time.” – Carl Cox

“I still have the same kind of ethos, the same foresight, the same passion, and energy for music, which I don't think is a thing that's going to go away any time soon.” – Carl Cox

As ever, Faith gets the inside scoop from the scene with an array of A-list interviews, with Oasis’ Noel Gallagher dissecting his favourite dance records for House Selections, plus conversations with Inner City pioneer Kevin Saunderson, outstanding Detroit selector DJ Holographic, Berlin’s one-woman dance empire Cinthie and Birmingham production collective Bruise. Faith also looks in depth at America’s West Coast and the history of San Francisco disco, with on-the-ground reporting of the current clubbing climate, interviews, and a look back on legendary parties gone by.

“I have people who tell me they don’t get my thing with dance music. I say they do if they get Oasis because my lyrics were all about being inclusive. That was the feel that I took from those early house records which sang about everybody.” – Noel Gallagher

An iconic zine with a rich heritage and irreverent spirit, Faith’s long-read features go alongside the regular DJ charts and Faith’s signature in-jokes that garnered its cult following. With its founders Terry Farley, Stuart Patterson and Dave Jarvis still at its helm, the zine’s mission is to educate readers on the foundations of our music and clubbing heritage, connecting the dots between stars of today’s scene and the influential artists that inspired them.

“Success for me is that I can still handle all aspects of my life without getting burned out. It’s being able to handle everything I'm doing, being a mother, a girlfriend, having gigs, still delivering good tracks in the studio, having a successful record store and not being an asshole.”- Cinthie

Faith’s new era under Defected positions the zine even more so as an authority on the culture, its partnership with Defected leading to a younger audience of dance fans getting educated on all things H.O.U.S.E past, present and future. Faith’s distinct visual identity and character has carried over into Faith 2.0, with its design aesthetic rooted in club culture and tongue-in-cheek humour setting it apart from anything else out there. Staying true to its principles, it remains free (excl. P&P) with the Winter issue now available to pre-order from the D-Store, and stockists as far and wide as Tokyo, Chicago, Berlin and throughout the UK.

“Faith needs to be here to spread the knowledge for those who do care [about the history] and to try and persuade those that don’t that maybe they should … if you take care of the roots then the tree will flourish for decades.”
– Letter from the editors, Faith Winter 2021

Across 24 print issues between 1999-2012, cover stars of Faith came in the form of Frankie Knuckles, Dennis Ferrer, DJ Harvey, Kerri Chandler, Joe Claussell, Derrick Carter and more recently Honey Dijon, Paul Weller and Roísín Murphy. In full solidarity, Defected have joined forces with its creators Terry Farley, Stuart Patterson and Dave Jarvis to resurrect the print mag while digitising all past editions, with many of the iconic interviews now available to read online for the first time at faith.london.

Faith’s crew of in-the-know contributors are the eyes and ears of the scene, dedicated to delivering the essential knowledge of dance music today. As well as expanding into a podcast series led by Patterson, Faith delivers monthly radio shows and playlist takeovers, plus merch and most recently parties at The Cause London, Concorde 2 Brighton and hosting the VIP area of Defected’s London event at The Drumsheds in September.

“We hope you enjoy Faith 5 as much as we had fun putting it together for you.” 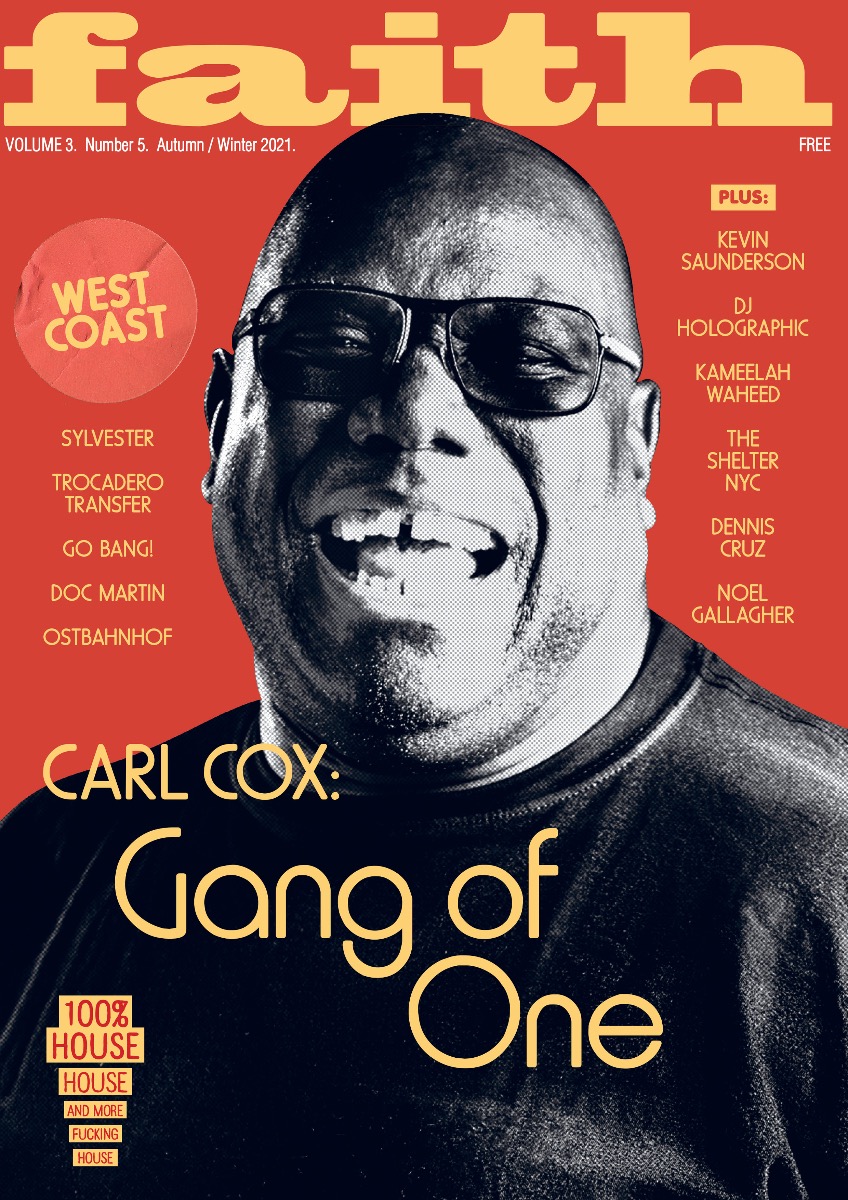