Broadcasting around the world from the otherwise closed nightclub, the concept for Defected Virtual Festival came from a wish to bring together house music lovers under Defected’s mantra In Our House We Are All Equal; while unable to travel or tour, Defected’s team led by owner Simon Dunmore knew they needed to think outside the box.

“Music and clubbing are an escape for many and, with social gatherings being rightfully restricted, we wanted to connect people online in the hope that they appreciate they are not alone.

The reaction to Defected Virtual Festival has been incredible and we have been inundated with DJs and performers wanting to get involved.

Our thoughts will remain with everyone affected by the current situation, but believe we have a role to remain positive, and bring people together however we’re able.” Simon Dunmore

Further upcoming digital activities will include a special extended version of the Defected Radio Show, a weekly show presented by Sam Divine which is syndicated to 170+ stations globally and available as a podcast with a reach of 20m+. Sam will be recording the special live with Simon Dunmore at his home studio, discussing the implications of the current situation for artists, DJs and fans, as well as playing the freshest upfront house music.

Defected Virtual Festival and the radio show special will form part of an ongoing original content series from us that will grow weekly during the outbreak and subsequent lockdowns. Every attention has now been focussed on supporting DJs and artists, promoting the incredible music being released now, and encouraging producers to spend time in the studio to innovate and create music for the future. New playlists and social media activations include a new ‘Defected Staff Picks’ playlist launched on Spotify, created in solidarity with other house music lovers currently working from home. 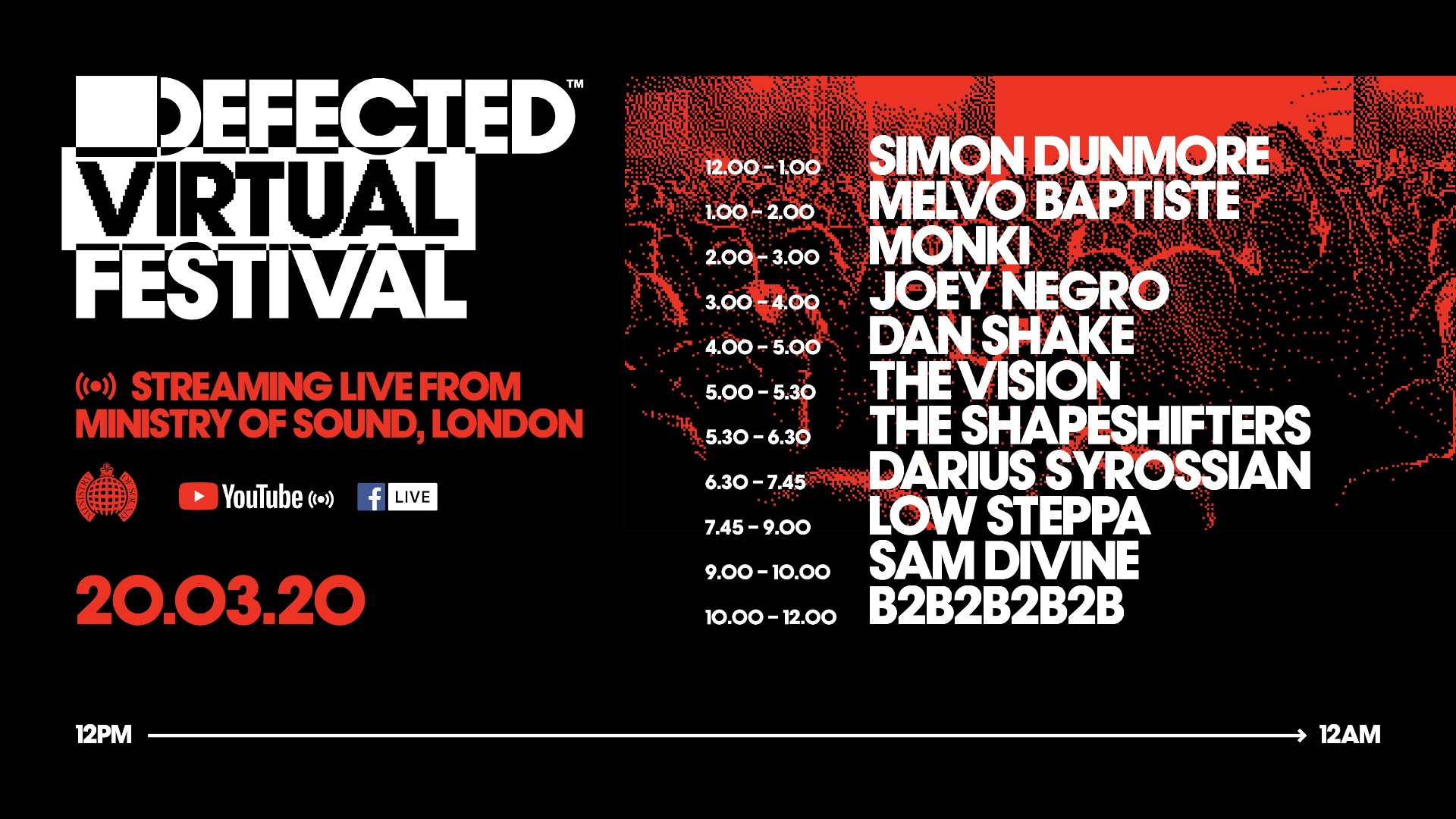