PRE-ORDER VINYL ON THE D-STORE

With the aim to package love, empowerment and socio-political commentary into a collection of tracks that never compromise on groove or soul, this enchanting album never loses sight of its message as it journeys from deep Chicago house and otherworldly melodies to funk-laden jams and adventurous studio experimentation.

“I was turned on to Dave and Sam by my Dallas family JT Donaldson and Lance Desardi. JT released ‘You Da Shit Girl’ on his own label a couple of years ago and coincidentally Lance sent me a video they had made of the single. The video blew me away and I was intrigued, and we started the process of signing the single to Classic. Fast forward a few months and Simon Dunmore and myself went out to New York and arranged to meet the guys in Brooklyn. We sat down at Sam’s flat and they played us the beginnings of No Shade. We were enamoured by the guys and blown away by their genre bending vibe as they talked us through the inspiration.  The journey with them has been amazing and the story they are about to tell is so incredibly relevant. In a time when so much needs to be said through art and music, Dave and Sam and their collective have done just that both visually and musically.” - Luke Solomon, A&R- Classic Music Company

Hinged tightly by the soulful nuances of Moodymann, Mos Def and Gil Scott Heron, Dave’s captivating spoken word delivery is purposeful and considered, as Sam weaves rhythms and grooves so deep you can get lost in them – the two musical narratives working in perfect harmony. Impassioned cuts like ‘Facts’, ‘Worth It’ and ‘Sauce’ leverage hip-hop’s tradition of battle rap against white supremacist rhetoric, a message that remains ever more relevant in today’s political climate. Title track ‘No Shade’, ‘Day One (Oh Baby)’ and ‘Can’t Get Enough’ allow stories of love and loss to unfold to the listener, while the stripped-back grooves of ‘Round The Way’ and ‘You Da Shit Girl’ add another dimension to the album. Featuring a number of collaborators such as Chicago legend Mike Dunn, powerhouse vocalist Ramona Renea and fellow Brooklyn natives Cor.Ece and LATASHÁ, ‘No Shade’ is an evocative, powerful and joyful experience when played in its entirety.

“Sam is the first producer I've completely entrusted to build entire soundscapes around my voice; whether its meter-less spoken word, sixteen bar raps, freestyle refrains or sampled breaths and laughter.  With that freedom and a four-on-the-floor canvas, my goal as a songwriter was to package love, empowerment and sociopolitical commentary into lyrics that are meme-worthy on the surface, but elicit deeper introspection on each listen. Verses from Facts, Worth It and Sauce leverage hip-hop's tradition of battle rap, against white supremacist rhetoric, as opposed to a phantom rapper or would-be adversary. Others transfer pop culture references, storytelling and non sequitur puns into repetitive hooks and singalong refrains. Aesthetically, No Shade is an homage to our mutual reverence for early Chicago House Music and the golden era of underground parties and dance music in New York.” - Dave Giles II

Recorded in Brooklyn’s Bedford Stuyvesant, a neighbourhood bearing the scars of over-policing and encroaching gentrification, the vibrancy of the community and its unyielding history of creative expression shines through on the album’s entirety. As products of such environments, Dave + Sam’s music is resilient, revolutionary and organic in equal parts. An homage to their mutual reverence for early Chicago house and the golden era of underground parties in New York, ‘No Shade’ is a riveting body of work ready for you to lose yourself in.

No Shade is out on 27/03 on Classic Music Company, vinyl available to pre-order here. 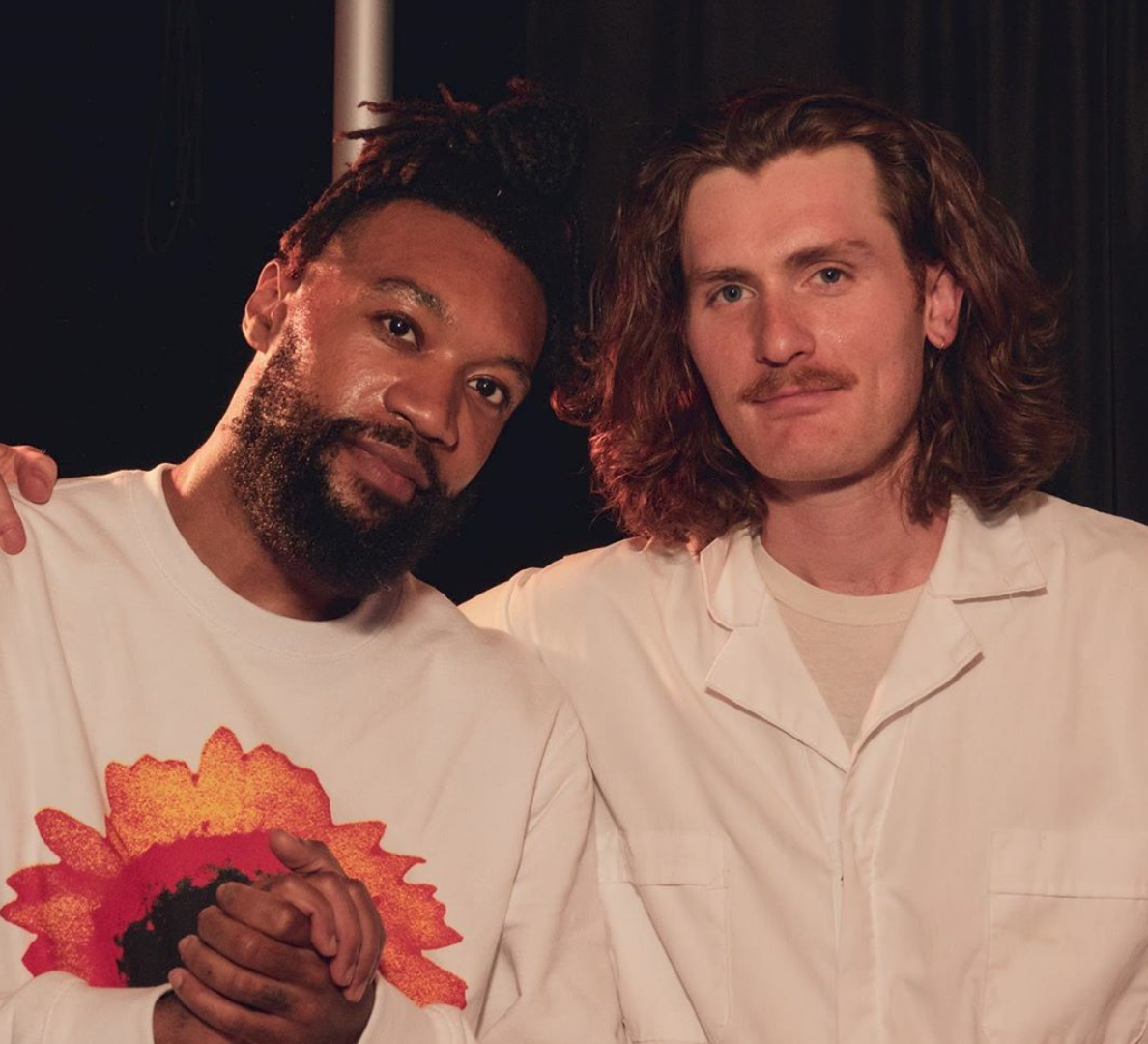